Edanna, the Age of Nature, is one of the Element Ages written by Atrus. It was designed to teach that "Nature encourages mutual dependence". Sirrus and Achenar had to discover how creatures in the Age react to different stimuli: light, touch, electricity, or the presence of other creatures.

Edanna is a living tree-like edifice that rises about 200ft above an ocean. Inside the trunk, branches and other life forms grow inward weaving a labyrinth which houses 3 different ecosystems. The upper level of Edanna is the Deadwood Ridge, actually a formation of huge interior branches; although it is well-lit, it is stark; below it is a lush densely canopied Forest; the base of Edanna is a murky, low-lit saltwater Swamp where its root system snakes in and out of saltwater.[1]

Outside, there is a Fan Palm behind which is hidden another linking book to J'nanin, hiding the sun from an Aurora Blossom. There are also one Quaffler Fig and 2 Corkscrew Cattails, one leading to the middle level, and another to the lower level.[1]

Compared to the stark and barren levels above, this part becomes more lush as it leads to the Forest. A sheer drop into the canopy below opens between giant branches that twist to become a shadow maze. A path leads to a stand of low palms and a basin of a Quaffler Fig where an Electra Ray swims. Another path is lit by glowing lavender lichen and leads to a perilous drop bridged by two Tongue Ferns, a swing vine and a rotten log covered with Barnacle Moss. On a ledge there is a growth of vines with pink fruits above a Squee nest; someone (Atrus or Saavedro) has installed a squee trap nearby.[1]

This nest is built on the oldest curved branch in Edanna where a Grossamery has her nest with eggs and a hatchling. The broken branch had been eaten away by Strangler Figs whose vines aged and broke away, forming a large tangle hanging beneath the nest, at the center of the ridge; dripping sap from the dying wood hardened to amber forming a natural vine chamber, and inside, a pair of vines hold the linking book to the J'nanin Observatory. Vine fragments encased in amber-hardened sap form Edanna's special Nature symbol.[1]

The lush, canopied middle level of Edanna. It is lit by some shafts of sunlight breaking through the canopy or gaps in the great outer trunk, as well as luminescent growths. A giant Venus flytrap can trap even a mature Grossamery is trapped inside the carnivorous plant. A ledge outside the trunk leads to a lower level where Saavedro has painted a mural. The thorny roots of the Venus flytrap and the Fig's vine converge and drop winding through a basin. A branch-formed ledge has another orchind and Aurora Blossom with a direct view to the lowest basin. A hollowed-out branch illuminated by yellow-orange glowing mushrooms lead onto another ledge with a swing vine that drops down the Swamp.[1]

The lowest part of Edanna is a swampy maze of roots. There is a Jumping Dragon, as well as a root-formed arch that leads into the swamp, which is lit by luminescent growths and occasional gaps to the trunk. Edanna's roots separate the swamp in two rooms, each dominated by a large Nemel Lotus; the one in the lighter chamber is open and the mother Grossamery took its succulents; the other in darker chamber is dormant. There is also a Fan Palm, a Lambent Orchid and a grove of Vesuvi Mushrooms.[1]

Several species of plant life are live in this age, many with functional abilities.

There are also various fauna.

The flora and fauna interact in various ways within the enclosed ecosystem. 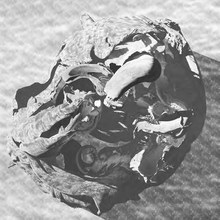 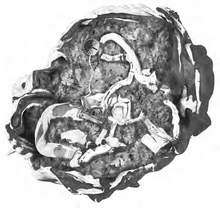 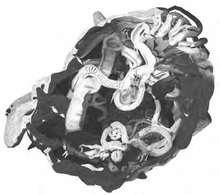 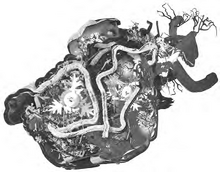 Swamp
Add a photo to this gallery

Retrieved from "https://dni.fandom.com/wiki/Edanna?oldid=8912"
Community content is available under CC-BY-SA unless otherwise noted.